The Town of Amherstburg may have set a precedent in its own community when it banned Graham Hobbs from all municipal facilities, but it isn’t the first municipality to issue a ban that judges have ruled unconstitutional.

June 2006 Russell Township banned a persistent council critic.
Jacques Aube, 75, attended Russell Township municipal meetings about four times a month. He was notified last November he was barred from the municipal offices after he asked the township clerk a number of pointed questions about a Ministry of the Environment report on the township’s master plan during an October council meeting.

May 2013 Critics decry “draconian” measures in proposed Windsor no-trespass policy
Cross said the city has still not explained why her client Robert Mittag was banned from municipal property last summer after being ejected while protesting outside city hall. It was the no-trespass order against Mittag that triggered work on the new policy which council will be asked to adopt next week.

November 2015 – Graham Hobbs banned from Amherstburg town hall and all municipal facilities for one year.

CKLW AM 800 News reports today that Graham Hobbs is “suing for $100,000 after the town banned him from all town facilities.” A statement of claim says the actions of the town were “oppressive, arbitrary and unconstitutional.”

Amherstburg CAO, John Miceli, says the town has filed its ‘Statement of Defence’ and is prepared to defend the allegations.

Ron Giofu, River Town Times, reported that “Graham Hobbs has been barred from all town facilities, effective last Tuesday, as he was served with a trespassing notice from the municipality.”

Ministry of the Attorney General

Today Ontario passed an act that protects freedom of speech on matters of public interest.

The Protection of Public Participation Act, 2015 will allow the public to participate more freely in public discussions without fear of retribution by giving them a better way to defend themselves against strategic lawsuits, commonly known as SLAPPs (Strategic Litigation Against Public Participation). The threat of a strategic lawsuit, which can be lengthy and expensive, is often used as a means to intimidate or punish opponents and discourage others from speaking out.

The new act, which will become law in Ontario upon Royal Assent, contains a number of elements that will reduce the risk of citizens being threatened with legal action when speaking out on matters of public interest, including:

Improving access to justice supports the province’s strategy to build Better Justice Together, a commitment to make the justice system simpler, faster and less expensive for all Ontarians, and is part of the government’s plan to build Ontario up. The four-part plan includes investing in people’s talents and skills, making the largest investment in public infrastructure in Ontario’s history, creating a dynamic and innovative environment where business thrives, and building a secure retirement savings plan. 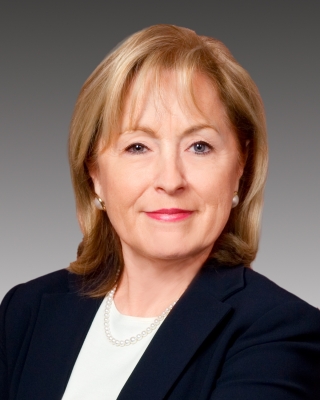 “I am pleased to see our government play a leading role in ending litigation that stifles free speech. This law embodies the values of justice, fairness and equality—all hallmarks of our great nation—by allowing citizens to speak out on public issues without fear of retribution.”

“The Ontario Bar Association applauds the Ontario government for passing the Protection for Public Participation Act. The act will ensure that individuals with legitimate lawsuits can carry them forward and that lawsuits aimed at silencing legitimate democratic debate can be disposed of more quickly and easily by the courts. The act further encourages public participation and democratic speech by removing significant barriers to dismissing lawsuits brought about by improper motives. The OBA has called for such legislation and is pleased to see it pass.”

Copyright Policy: please do not use or copy any of my material without my permission. thank you for respecting my intellectual property.